DO NOT PRESUME YOUR SALVATION 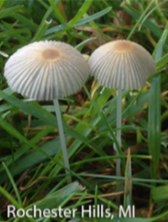 “Two criminals were crucified with Christ.  One was saved; do not despair.  One was not; do not presume.” Saint Augustine

“…to all who did receive him, who believed in his name, he gave the right to become children of God,” (John 1:12 ESV).  Religion complicates things, the more rules it makes up and lays on its people puts its followers further away from true Christianity than ever.  GOD says, “Only believe.”

“…true…religion is intensely personal.  It does not consist in the mere attachment to certain doctrines and opinions which were held by Christians in past generations, still less does it consist in belonging to a party.  Rather it is something which must be experienced in one’s own soul” John Newton (ref#322, p10).

“The dark and dishonourable thoughts of God…belonging to a natural state, are very different from the thoughts of your heart concerning him.  You do not conceive of him as a hard master, or think you could be more happy in…the observance of his precepts.  You do not prefer the world to his favour, or think you can please him, and make amends for your sins by an obedience of your own. These and such as these, are the thoughts of the natural heart…” John Newton (ref#322, p168).

How do you feel about the requirement to keep the Ten Commandments?  Do you begrudge the “having to follow them?”  Do you realize that GOD in His love, gave us  the Ten Commandments because by keeping them they will do us good?  They are a gift from GOD to appreciate, not a list to keep to keep in His good favor.  Checking our hearts often is vital to keeping ourselves continually in the assurance of our salvation.

This is why for over two years the subject of the blog: “Prayer Affair,” has been “Assurance of Salvation.”  It is a matter of life and death—life forever with GOD or death forever away from the presence of GOD.

One thought on “ASSURANCES”