REASONS FOR THE APPEARING OF JESUS 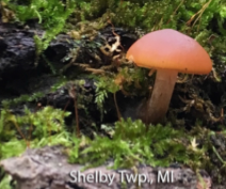 Did JESUS come to appease an angry GOD?  From a human viewpoint that makes sense because I know I am a sinner and certainly GOD is not pleased with me.  But, no, “He has come to lift the veil and reveal the heart of a gracious, sin-pardoning God.  He declaring that the ‘Father Himself loves us,’ and that ‘he that hath seen me,’ so full of grace, ‘hath seen the Father’ (John 14:9); in other words, He affirms that He is a copy, or a representation, of the Father.  The love, grace, truth, holiness, power, compassion, and tenderness exhibited in such fullness of supply by Jesus, and distributed by Him so profusely, had their origin and their counterpart in God” Octavius Winslow (ref#135, April 24th).

“He is the radiance of the glory of God and the exact imprint of his nature…”(Heb 1:3 ESV).

“Why did God bruise his Son and bring him to grief?  He did it to resolve the dissonance between his love for his glory and his love for sinners….God-dishonoring sin could not be ignored….Because God loves the honor of his name….his Son…will demonstrate to all the world the infinite worth of the Father’s glory” John Piper (ref#220, p161).

“Righteousness and the glory of God are his passion….He came from heaven primarily to vindicate God’s glory and God’s honour, and not just to save us….the great motive was the glory of God, which had been violated by the Devil and by sin….His anger is roused against the enemies of his holy and righteous Father” Martyn Lloyd-Jones (ref#265, p271).

“Jesus wants us to see that his willingness to lose his life is because of his love for the glory of the Father” John Piper (ref#220, p165).  “In that very moment when the Son was taking upon himself everything that God hates in us, and God was forsaking him to death, even then the Father knew that the measure of his Son’s suffering was the depth of his Son’s love for the Father’s glory” John Piper (ref#220, p176).

So, FATHER, to give You the deepest pleasure I need to give my life for Your glory—as one willing to show how much I love You.  Make me make it so.