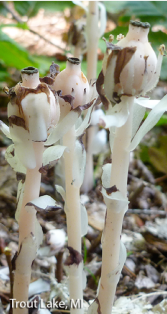 You have the power to judge rightly;

You are not unjust or unfair,

nor variable or fluctuating—

FATHER, that I might be a bondservant of CHRIST who is Your bondservant. This means I will be treated as You treated Your Son—serving Your will and experiencing “the malice of men” Roy Hession (ref#97, p85).

FATHER, You made me in the first place to be Your bondservant so that there is nothing I can boast in because this is what I have been created for (ref#97, p86). A slave doesn’t boast, he just does his assigned work.

“’Will any one of you who has a servant plowing or keeping sheep say to him when he has come in from the field, “Come at once and recline at table”? Will he not rather say to him, “Prepare supper for me, and dress properly, and serve me while I eat and drink, and afterward you will eat and drink”? Does he thank the servant because he did what was commanded?   So you also, when you have done all that you were commanded, say, “We are unworthy servants; we have only done what was our duty”'” (Luke 17:7-10 ESV).

When I catch myself feeling good because of my Christian activities, deflate my pride by calling to my mind the above verse. It’s serious business to steal Your glory, O GOD.

“…we have no right and no appeal, where we are the absolute property of our Master, to be treated and disposed of just as He wishes” Roy Hession (ref#97, p84).

“He, even when he subsisted in the form of God,

Did not…cling to His prerogative of equality with God:

Nay, tenantless of all that glory,

He assumed the form of a bondslave,

“And appeared in the likeness of man.

So was He found on earth as a man in outward seeming,

And abased Himself in rendering submission,

even to the death—A death upon the Cross!

“Because He stooped so low, God uplifted Him very high,

And hath freely given Him The Name—

The Name that is above every name, decreeing

‘In the name of Jesus shall every knee bend in prayer,

“Alike of dwellers in heaven, on earth, in the underworld,

And every tongue shall utter this confession,

‘Jesus the Messiah is Lord!’

“If no answer comes, we are not to…suppose that it is not God’s will to give an answer. No; there must be something in the prayer that is not as God would have it…It is far easier to the flesh to submit without the answer than to yield itself to be searched and purified by the Spirit, until it has learnt to pray the prayer of faith” Andrew Murray (ref#19, FIFTH LESSON).

Reasons for Waiting for GOD:

Because You send the Counselor to represent CHRIST and act on His behalf (John 14:26), I will wait for You.

Because the SPIRIT will teach me everything (John 14:26), I will wait for You.

Because the SPIRIT will always be with me and help me (John 14:16), I will wait for You.

[The majority of our prayers concern physical health. We all know someone who is dealing with a life-ending disease. Here is an opportunity to pray for them. Fill their name in the blanks.]

THE AFFLICTED SOUL UNABLE TO THINK

FATHER, ____ may be too deeply absorbed in sorrow, or too weakened by disease and racked with pain to muster prayers to You. Many situations make ____ unfit for concentrated spiritual thought. But, sweet JESUS intercedes in (his/her) stead (ref#61, Feb 10th).

“…when human sympathy and power are exhausted, Jesus has ‘entered into heaven itself, now to appear in the presence of God’ (Heb 9:24)” Octavius Winslow (ref#61, Feb 10th).

You cannot be kept from doing what You want;

You are the highest point;

WHO IS DOING THE DOING?

“Not all deeds done for God are His deeds. Doing for Him is not enough; the question is, who is doing the doing? God will not recognize any labor as His if it simply reflects the believer’s activity and is carried out in his strength” Roy and Revel Hession (ref#101, p44).

When the Apostle Paul says I am to work out my own salvation (Phil 2:12-13), he is not saying to me to get busy and convince You, FATHER, that I love You. If I have any thought of impressing You it signals my activities are birthed from ruling myself. Working out my salvation is not choosing Christian activities that I want to do.

FATHER, instead of permitting my perverse nature to work out my salvation, bequeath me that I may, with concentration and care work out the nature You have put in me when You changed my nature (ref#7, June 6th). I want You to dominate more and more of my life (ref#7, June 7th); I want to be more and more acquainted with Your good work, not my own good work—Your rule, not my rule.

“The moment we begin to feel satisfied that we are making some progress along the road of sanctification, it is all the more necessary to repent and confess that all our righteousnesses are as filthy rags….God alone knows our good works, all we know is his good work. We can do no more than…carry on and rely on his grace,…and—sin” Dietrich Bonhoeffer (ref#10, p297).

You sent Your Son into the world

All Your promises in Him are Yes,

He is perfectly adapted to my needs

separated from sinners, and

My LORD JESUS CHRIST, the Messiah,

yielded Himself up to atone for my sin

and to save and sanctify me—

In Him I was made Your heritage

In accordance with Your will and